You may not use your fireplace year-round, but it can still be a lovely part of your southwest Florida home this time of year. And a fireplace is often a tremendously sought-after home feature–especially for homebuyers from up North, who are accustomed to having a fireplace in their home (even if they won’t be using it quite as much).

Of course, fireplaces are always a tremendous safety concern. Any time you’re introducing heat and smoke to the inside of a structure, you’ve got to make sure the entire system is in tip-top working order from top to bottom.

A well-maintained, properly functioning fireplace/chimney needs to contain the heat of the fire as well as the smoke throughout the entire system. It also needs to have a proper draft to immediately draw the smoke up from the fire and out, rather than letting it linger in the house. Additionally, the chimney needs to be clear of debris as well as buildup, both of which can ignite.

So Florida isn’t exactly your typical fireplace setting. But that’s all the more reason to be wary of fireplaces in a home inspection. Here are some of my concerns (which should be your concerns, too).

When fireplaces and chimneys are rarely used, they can fall into disrepair for months or even years before a resident notices an issue. That first fire of Florida winter can be pretty scary if you don’t know what condition your chimney is in.

Year-round, your Florida chimney is subject to wind, rain, debris and lightning strikes. Unless you spend a lot of time on your roof, you’re not going to notice that your chimney has been compromised.

Your chimney doesn’t have to be majorly damaged to allow moisture into the interior of your home. The seam between the chimney and the roof must be impeccable, or you’re at risk of extensive water damage.

Overly confident laypeople can do all kinds of accidental home damage, and the fireplace is no exception. Even if you haven’t touched it, a previous owner may have. In fact, it’s not unusual to come across a Florida fireplace that was installed by the homeowners themselves with no professional oversight.

Even if your fireplace is merely ornamental most of the year, you still need to make sure it’s in good condition. One way or the other, it will have a big impact on your home’s value, not to mention that safety of those who live there.

Connect with us today and schedule your inspection. If you have questions, we are here for you.

Thanks for your message! We’ll be in touch soon. 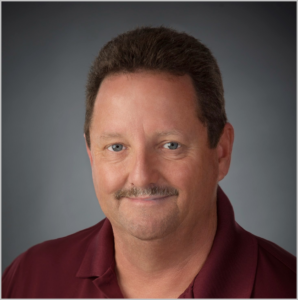 I am a state certified and Licensed Home Inspector in the state of Florida. I am also a Certified ASHI Inspector which is a leader in the Home Inspection industry.

As someone who was born and raised in Sarasota County, I pride myself in knowing the needs of our area.